Everything you need to know about Upwork to become successful. 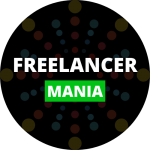 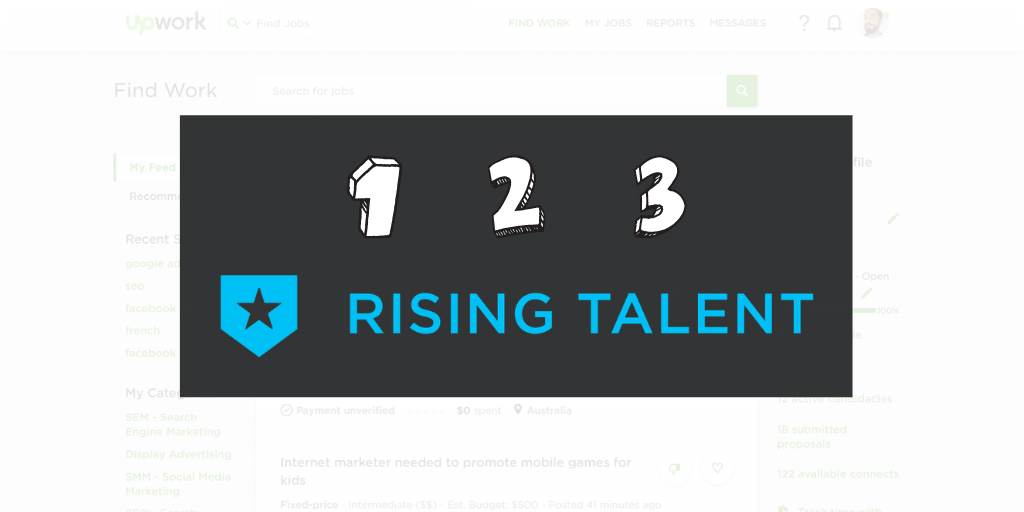 Getting started on Upwork is not an easy thing. You are not just facing freelancers like yourself (who are not Rising Talent), but also Rising Talent, Top Rated, and Top Rated Plus freelancers.

In other words, you are in competition with the entire pool of available freelancers on the marketplace.

That being said, it doesn’t mean that you have to give up on Upwork just because of that. I do believe that there are some things that you can do that will dramatically increase your chances of becoming a Rising Talent (and even more so!).

Contents hide
1 Step 1 – You should always underpromise and overdeliver
2 Step 2 – You should only apply to gigs you master 100%
3 Step 3 – You need to systematically define the scope, deadlines, and deliverables
4 Conclusion

Step 1 – You should always underpromise and overdeliver

Most beginning freelancers make a terrible mistake when they’re getting started working for clients: they overpromise and underdeliver, when they should be doing exactly the opposite.

Generally, there are two ways of overpromising that you need to avoid:

As you can see, both have to be avoided. And by underpromising, it generally means that you will overdeliver (since you will get results or deliverables that were not expected).

For example, say that you believe you can make your client $10,000 with Facebook Ads. You can agree with him that your goal will be $7,500. That way, your results will only be a *good* surprise to your client (and this can affect your ratings like crazy!).

If you want to become a Rising Talent, it means that you need to get very good ratings (ideally only 5 stars). And to do that, it’s important to focus only on gigs that you can complete perfectly.

In other words, whenever you apply to a new gig on Upwork, you need to focus only on gigs that match with your skills, and that doesn’t involve any learning curve whatsoever.

For example, if you are very familiar with copywriting and SEO, but that much with Facebook Ads, don’t bother applying to Facebook Ads gigs. It will not only make you lose time, but it could also end up in a terrible review.

I know that only applying to stuff you can do may sound a little bit boring (especially if you like to learn new things), but there’s no workaround.

You have to play it safe at the beginning of your Upwork career so that you can maximize your chances of becoming a Rising Talent.

Step 3 – You need to systematically define the scope, deadlines, and deliverables

A mistake that a lot of beginning freelancers make on Upwork is that they do not establish the scope and the deliverables of their gigs.

They apply to whatever gig is published on the platform, they agree to everything the client is saying, and they do not define what’s within the scope of their work.

If you don’t define the exact scope, deadlines, and deliverables of your gig, it means that you will not only have to work more than what you’re getting paid for, but also that your client will be dissatisfied.

You maybe think that it’s weird – why would you get a bad rating if you work MORE than first agreed?

Think about it like a standardized test that you would take in school: there’s a certain number of questions, established answers, and a timer or something. The pre-defined rules are what defines whether or not you passed the test.

Now, imagine that there are no rules. No timer. Etc. Now, you have no way to establish whether or not you passed the test. And that’s the same with Upwork gigs.

You need to establish the “rules” that will define the scope of the gig so that you can get your “good grade” (a 5-star review).

Just keep in mind that you have to play it safe at first. You have to make sure you get the first 5-star reviews so that you can become a Rising Talent.

Once that first phase is over, you can then start exploring new gigs that require skills you don’t have.

A few years ago, I knew nothing and struggled to make money online. Thanks to Upwork freelancing, I could finally become financially independent from the comfort of my home. If you're looking for Upwork coaching, shoot me an email! 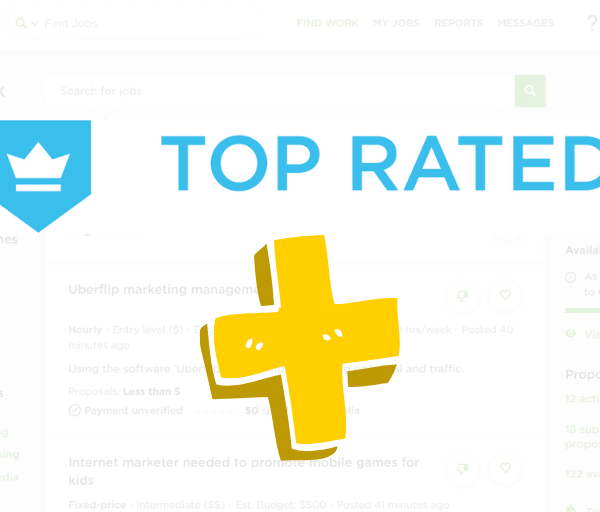 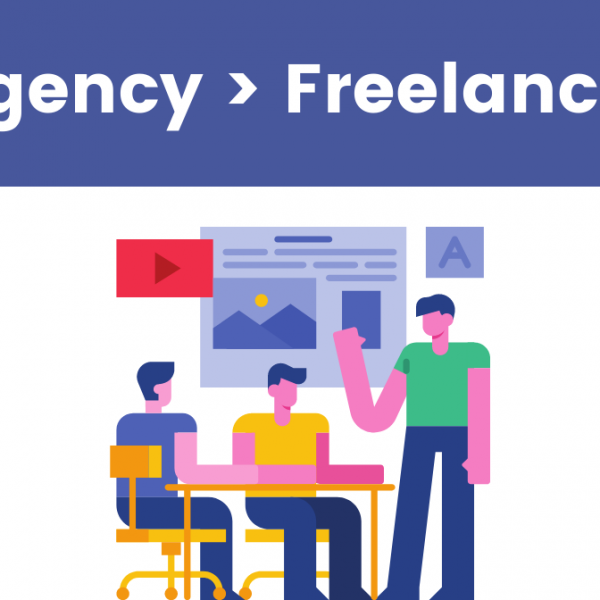 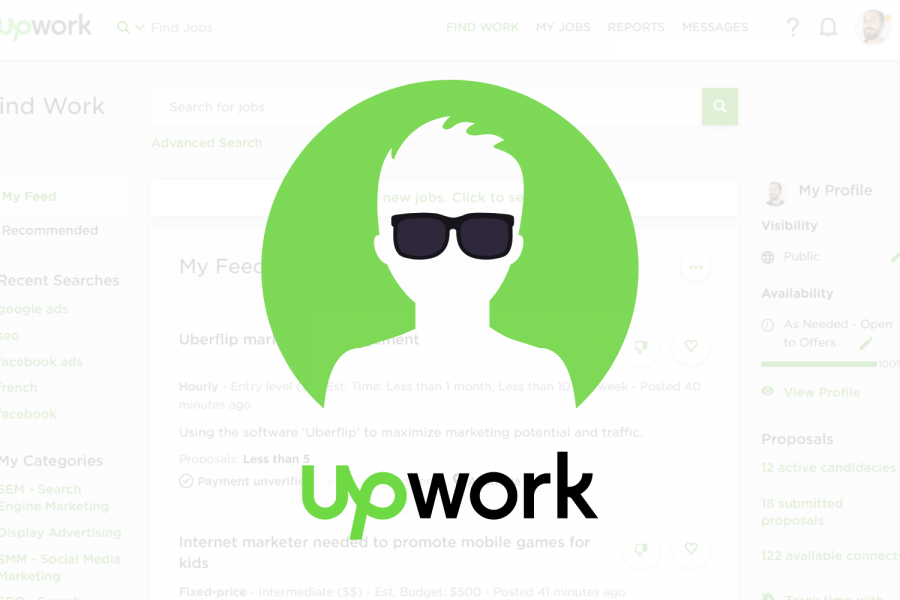 How to write a successful Upwork profile 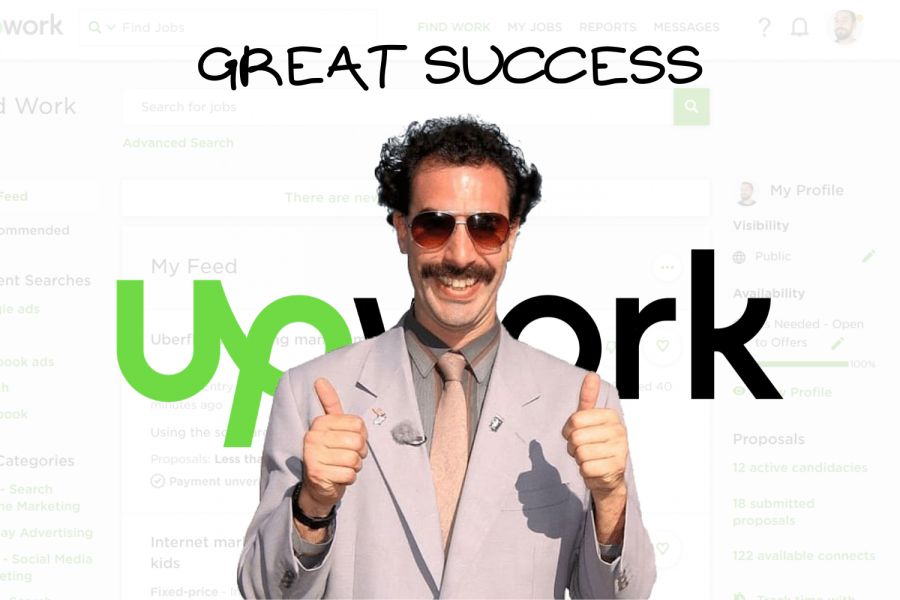 How to be successful on Upwork (meme edition)

What’s Upwork’s Job Success Score? (and how to increase it)